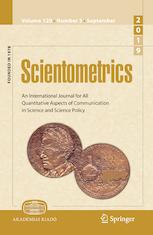 Contemporary scientific exchanges are international, yet language continues to be a persistent barrier to scientific communication, particularly for non-native English-speaking scholars. Since the ability to absorb knowledge has a strong impact on how researchers create new scientific knowledge, comprehensive access to and understanding of both domestic and international scientific publications is essential for scientific performance. This study explores the effect of absorbed knowledge on research impact by analyzing the relationship between the language diversity of cited references and the number of citations received by the citing paper. Chinese social sciences are taken as the research object, and the data, 950,302 papers published between 1998 and 2013 with 8,151,327 cited references, were collected from the Chinese Social Sciences Citation Index. Results show that there is a stark increase in the consumption of foreign language material within the Chinese social science community, and English material accounts for the vast majority of this consumption. Papers with foreign language references receive significantly more citations than those without, and the citation advantage of these internationalized work holds when we control for characteristics of the citing papers, such as the discipline, prestige of journal, prestige of institution, and scientific collaboration. However, the citation advantage has decreased from 1998 to 2008, largely as an artifact of the increased number of papers citing foreign language material. After 2008, however, the decline of the citation advantage subsided and became relatively stable, which suggests that incorporating foreign language literature continues to increase scientific impact, even as the scientific community itself becomes increasingly international. However, internationalization is not without concerns: the work closes with a discussion of the potential problems associated with the lack of linguistic diversity in scientific communication.