Who profits from the Canadian nanotechnology reward system? Implications for gender-responsible innovation. 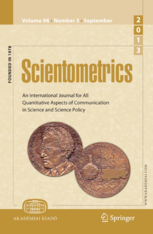 Gender equality is one of the primary dimensions of responsible research and innovation. Based on bibliometric and survey data of nanotechnology researchers in Canada, this paper analyzes the reward system of science in terms of gender and gender-related institutional cultures. This study reveals that the scientific culture of nanotechnology was perceived as more masculine by women than by men. The findings show that gender productivity gaps remain a challenge in the field and that these gaps are reinforced by the fact that the most productive researchers are less likely to collaborate with women. The results also show the amount of extra effort that women must devote to their research to retain their top status in academia, and the extent that their recognition when in top positions is fragile compared to men. This study confirms the cumulative advantage of creating a gender-inclusive culture that enables women to improve their scientific productivity and impact: such cultures tend to privilege first-author publications over patenting and thus prioritize a type of output where women have had more success. Finally, this paper concludes with policy recommendations for improving the number of women in research and the institutions where they work.